Living in the United States, most of us tend to take clean water for granted. The harsh reality is that safe water is a major issue across the globe.  Even in areas enjoying the convenience of modern plumbing, the water is often polluted and carries germs which lead to severe illness and life threatening disease.  Research shows that around five million people die every year due to water-related illnesses.  Even more horrifying, it is said that a child dies every fifteen seconds because of a waterborne disease.  Collateral losses also occur, as families spend thousands of hours seeking and hauling water, hours that could otherwise be spent earning a living.

This past June, Reel Life formed a new partnership with the Christian Medical Ministry of Alabama (CMMA) and SCORE International.  Along with several other generous donors, we were able to grant funds for the purchase of several water filtration systems.

In June, CMMA took a team of medical students from the University of Alabama at Birmingham (UAB) and several medical professionals to the Dominican Republic.  In an effort to curb the health problems encountered in Santo Domingo caused by contaminated drinking water, the team distributed Sawyer Water Filter Systems. The team interviewed many patients regarding their access to safe water. It became obvious that the limited access was a widespread issue, and many were spending the little money that they had to buy a cheap bottled water product.  Sadly, it has been documented that this cheap water is packed with chlorine and chemicals that are also harmful for consumption.  Additionally, residents of impoverished communities can’t afford to buy enough water, leading to problems related to dehydration.  In a similar case, the medical team was working with a woman suffering from severe stomach problems. After digging deeper, they realized that she was spending all of her money to buy water and to feed all of the children and grandchildren living in her house.  Because she could not afford enough food for herself, she faced serious health issues.

The team spent several days distributing Sawyer Water Filter Systems to families within these communities.  These lightweight and innovative water filter systems are designed based on the principles of dialysis.  As long as the limited supplies lasted, families with the most extreme need were provided filters.  As a result, these families are able to drink pure water that is significantly better than the water they were purchasing, enabling them to save money from the cost of water as well as the cost of medicines and the treatment of illness that comes from dehydration and drinking contaminated water. 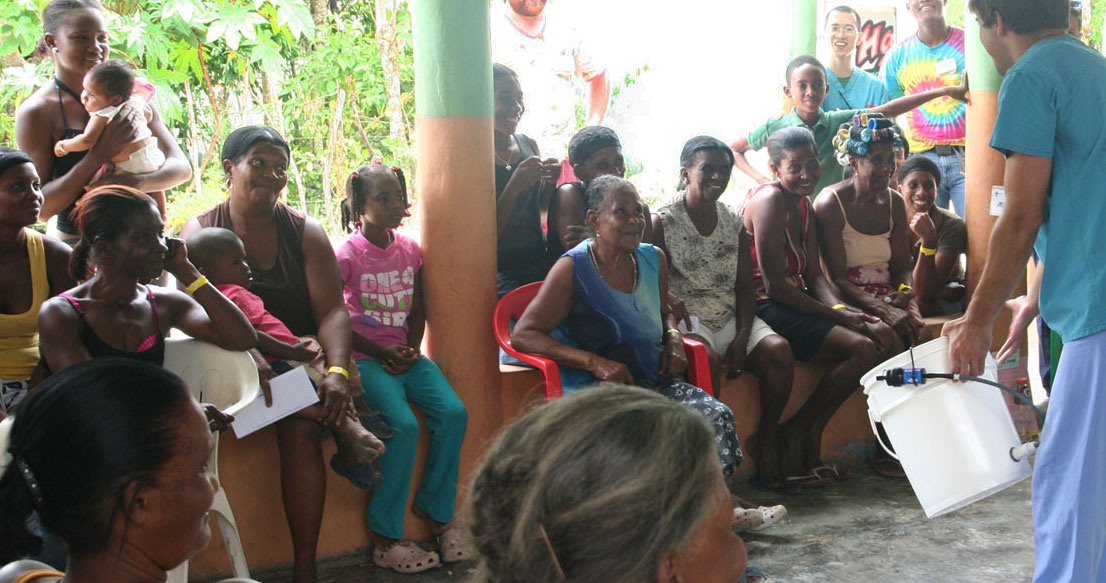 Thanks to generous donations of various individuals and organizations, the team was able to distribute many filters and train the locals how to use them.  If properly cared for, they should provide clean water for an entire family for as long as 10 years!  In addition to providing families with water, the members of the team were able to share more than just medical expertise.  Working alongside locals, they were able to share their knowledge of biblical truth as well as learn from the strength of community and faith of the residents of the impoverished communities.  In the end, both sides were tremendously impacted, and beautiful new relationships with local Dominicans were formed.

Moving forward, there is incredible need still remaining, but for a few families in Santo Domingo, life has just gotten a little easier.